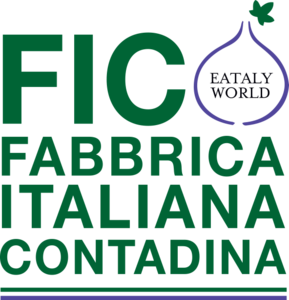 • A 60 sq m production space visible to all to see how the best artisanal gelato is made and an 80 sq m classroom for courses in three languages held by Carpigiani Gelato University.
• A cutting-edge gelato shop with the most exclusive flavors in partnership with master pastry chef Santi Palazzolo and Clabo.

All the tradition of Italian artisanal gelato in the space managed by Carpigiani Gelato University and Carpigiani Gelato Museum at FICO Eataly World, the largest agro-food park in the world that will be inaugurated in Bologna on 15 November. The locale's 200 sq m will be divided into a production space, gelato shop and classroom to find out how gelato is transformed from "the field to the cup". For example, from the first day visitors will be able to make a sorbet using the fruit picked directly from the trees and then expertly transformed into a healthy and nutritious food. The two courses will be: "How to make sorbet", an introductory workshop on the basics of gelato making with a final tasting, and "Make your first gelato", a more advanced course where you can create your own flavor starting with your favorite ingredients. Entry to FICO Eataly World is free, the courses are paid and can be booked online at www.eatalyworld.it/en/plan

The 60 sq m production space is open for all to see, and every day visitors will see the artisans at work producing traditional artisanal Italian gelato. The shop features the latest examples of Carpigiani technology: Pastomaster HE and Pasto XPL P for the pasteurization of mixes made with milk and eggs; the Age XPL aging vats that allow the mixture to thicken naturally, in the right time and in a hygienic manner, to produce a gelato that is more fine and creamy; and finally the batch freezers of the HE line offering top performance and energy savings of 30%. Also included are the tabletop emulsifier Turbomix, the timeless whipped cream machine, and the little Labo 8 12 batch freezer. The gelato shop will offer 24 flavors every day and will be managed by the renowned Pasticceria Palazzolo, founded in 1920 in Cinisi, Palermo and today managed by Master Santi Palazzolo. The gelato will be accompanied by delicious gelato pastry made using Mr Art Plus and the Fantastick blast freezer, with cakes, mousses, single servings, Bavarian creams and other delicious surprises to demonstrate Italian creativity and taste to the world. Clabo is a technical partner of the project.

Carpigiani Group, founded in 1946 in Bologna by Poerio Carlo Carpigiani to manufacture and sell the Autogelatiera designed by his brother Bruto, who died in 1945. The company established itself at a national level with artisanal gelato machines that represented the top in innovation, ease of use, reliability, hygiene, and ergonomics. It was followed In the 1950s by the SED batch freezer, an instant success in the European markets, starting with France. In the 1960s, Coldelite USA was born, completing the range of products with machines for soft gelato. In 1970 the Anzola Emilia headquarters was inaugurated and Cattabriga joined the group. During the mid-1970s numerous subsidiaries were founded in Europe, Latin America, and Japan. In 1989 Carpigiani became part of the Ali Group. In 2003 it founded Carpigiani Gelato University. In 2012, for the centennial of the birth of Poerio Carlo Carpigiani, the Bruto and Poerio Carpigiani Foundation and the Gelato Museum were founded. The financial statements as of 31 August 2016 ended with +11% in Italy and abroad for a total of €150 million in turnover. Today in 2017 the company has 500 employees in Italy and around the world, 4 manufacturing plants, and 11 commercial offices.

Carpigiani Gelato University, founded in 2003 as the education division of the Carpigiani Group, is today recognized internationally as the breeding ground of successful gelato entrepreneurs. Its mission is to educate people about the culture of artisanal gelato. This year more than 400 courses in 10 languages ​​were organized for a total of approximately 12,000 hours of teaching, a number that has almost tripled in three years. The main campus of the school is located in Anzola Emilia, Bologna, and training is also carried out in other 12 campuses around the world. Launched in September 2013, the Become a Gelatiere training course - featuring a large number of hands-on lessons - has achieved a record number of registrations: more and more students are choosing to complete the entire 4-week course, concluding with a gelato internship.

Pasticceria Palazzolo, a small workshop of Sicilian sweets that has managed to overcome the challenges of the market for 100 years, always placing an emphasis on locally sourced ingredients. Founded in Cinisi, Palermo in 1920, today Pasticceria Palazzolo is a company with 45 employees. Still bound to the values ​​of its founder, Santi Palazzolo offers traditional sweets to the world while using cutting-edge techniques: its pastry masters continuously reinvent the consistency of ricottas, citrus fruits, chocolate, and pistachio. The commitment and passion of Santi Palazzolo, his family, and his colleagues are based on the belief that "With sweetness you can achieve anything!"