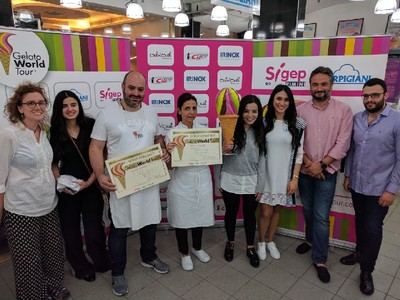 • "Ciocc'arancio" of Nathalie Masaad from Caprices Du Palais (Keserwen) has been selected to represent LEBANON in the World Finals of Gelato World Tour, being held in Rimini, Italy this upcoming September 8-10, 2017.
• "My Joy" of Kamil Chamoun from Ice Bit (Zahle) has earned a special mention.

This flavor will go on to represent LEBANON at the Grand Finale of Gelato World Tour: “Ciocc’arancio” of Nathalie Masaad from Caprices Du Palais (Keserwen), a 70% chocolate gelato with cognac and orange. Due the extremely high quality of the gelato in the competition, the Jury has decided also to award a “Special Mention” to “My Joy” of Kamil Chamoun from Ice Bit (Zahle), a mascarpone gelato with red velvet sponge.
The flavor “Ciocc’arancio” will compete amongst the other winners from around the world at the Grand Finale, scheduled for September 8-10, 2017 at the Piazzale Fellini in the heart of Rimini, Italy. Flavor, structure and presentation are the three parameters that are judged, highlighting the choice of ingredients, the art of gelato making, and the visual impact of the gelato. See below the full list of participants.

The Gelato World Tour, which is supported by the Italian Ministry of Foreign Affairs and of Economic Development, as well as the Regione Emilia Romagna, is the first international traveling competition in search of the best flavors in the world. Gelato World Tour has visited eleven Gelato Capitals – Rome, Valencia, Melbourne, Dubai, Austin, Berlin, Rimini, Singapore, Tokyo, Chicago and Shenzhen. The Tour is directed by Carpigiani Gelato University, the world’s most renowned school for successful gelato entrepreneurs, and Sigep – Italian Exhibition Group, the world’s premier artisan-gelato trade show. In order to further fulfill Gelato World Tour’s mission to spread the culture of gelato throughout the world, Challenges, such as the Beirut Challenge, are being organized around the globe! 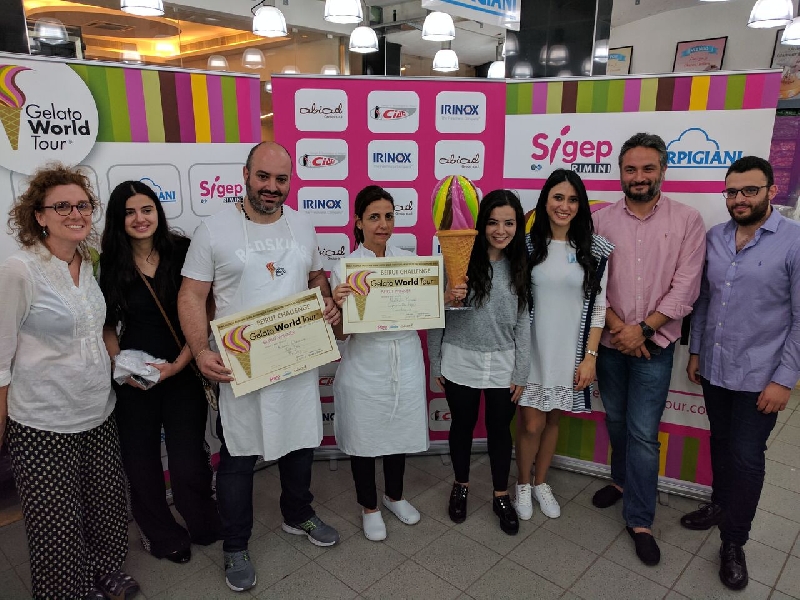 2. Bassem Koubaisy from Agha (Beirut) with the flavor “Pomegranate”

3. Kamil Chamoun from Ice Bit (Zahle) with the flavor “My Joy”

4. Moustafa Al Zein from Sucara (Shmestar) with the flavor “Lemon with Mint”

5. Ali Kain from Barbar (Beirut) with the flavor “California”

7. Samir Yazbik from Patisserie Dagher (Beirut) with the flavor “Avocado Too Special”

11. Antoine Kasouha from Galette Du Roi (Jabal) with the flavor “Biscottino”
other News