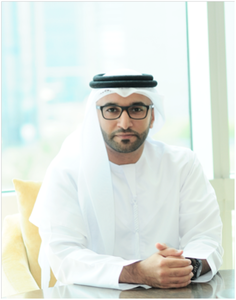 The Gelato World Tour brings the best flavours in the spotlight: on February 13th-15tH, in the Burj Park the public can taste and vote for the Best Gelato of the Middle East

After taking Italy, Spain and Australia by storm, the Gelato World Tour, a celebration of the artisan iced treat enjoyed worldwide as an healthy and mouth-watering food, is coming to Dubai. It’s the first time in the history that a competition of its kind is held in the Middle East.

On February 13th-15th, visitors of Burj Park in Mohammed Bin Rashid Boulevard are invited to enjoy lessons and workshops on the ancient art of making gelato. They can also explore a rich history that goes back thousands of years, and choose from a multitude of fresh gelato varieties made right in front of their eyes. With free admission for the public, the tour’s showpiece event pits 16 renowned gelato artisans from the Middle East against each other, as they compete to create the world’s best flavour. It will be the coolest championship ever!

The event has been organised by two leading specialists in gelato preparation: the prestigious Carpigiani Gelato University, which has 13 schools in the five continents, and Sigep-Rimini Fiera, the world’s premier expo in artisan food; alongside the Italian foodservice and franchising consultancy company Desita and the franchising consultancy company, Franchise Middle East.

Gelato has a strong tradition in Italy, with 37,000 artisan shops – and even an entire Gelato Museum in Bologna – dedicated to this healthy food. But the origins of this delicacy are right in the Middle East. In fact, the Shrb, a sugar syrup, was invented there during the Middle Ages and it’s considered as the forefather of the sorbet, the fruit based gelato

Though the home of gelato today is undoubtedly Italy, the dessert has more than 100,000 artisan shops around the world that serve millions of cups each day. The Gelato World Tour represents an opportunity for businesses and entrepreneurs in the Middle East to join a market rapidly making inroads into the global frozen deseert industry, which is worth tens of billions of US dollars worldwide.

The aim of the event in Burj Park is to bring this culture to the UAE and the Middle East more widely.  Artisan gelato is made with seasonal, local and high-quality ingredients; it contains less air than the industrial ice cream and it is served at a higher temperature. Therefore its taste is stronger but lower in calories and fat, which is the reason why  this is the right choice for health conscious food-lovers.

Mana Al Suwaidi, Chairman and CEO of Franchise Middle East, said: “We are extremely excited to be welcoming the Gelato World Tour to Dubai and look forward  to introducing the people of the Emirates to this indulgent, yet still healthy delicacy. We believe that there are excellent franchising opportunities that come with this premier product and hope to see many new Gelato related ventures taking flight in the near future”.

Achille Sassoli, Event Manager of Carpigiani and Gelato World Tour, said: “Gelato is more than a typical dessert. Though its luxurious creaminess may intuitively suggest otherwise, gelato is made in a way that means it is significantly lower in calories and sugar than other ice creams. It is high in proteins, calcium and vitamin B2, while containing around half the fat of typical industrial ice creams – and is often accompanied by a selection of fresh fruit. We are delighted to bring a selection of the best gelato artisans to Dubai, and invite you to join us in our quest to find the world’s best gelato flavour”.

The 2013-14 World Tour is due to visit eight cities in five continents. Three successful events have already attracted hundreds of thousands of people: 130,000 in Rome, 140,000 in Valencia, and 70,000 in Melbourne. At each stage of the tour, 16 gelato artisans compete to produce the most delicious flavours – voted on by the public, a technical jury and the gelato artisans competing. A finale in Rimini, Italy, will award the title of “World’s Best Gelato”.

Dubai’s selection as one of the world’s eight capitals of gelato is another example of the positive effects of its campaign to welcome business events to the Emirates, following its successful  bid for the World Expo 2020, the globe’s premier trade convention.

The contest “Gelato Pixel Passion, cool flavours and emotions… on film!” continues! Visit www.fondazionecarpigiani.it to discover how to win a course at Carpigiani Gelato University.