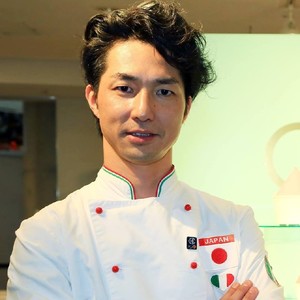 • "Montebello" by Shibano Taizo is the first of the 16 flavors that will compete in the event's Far East leg from 4 to 6 September 2015 • Rancilio Group joins IFI and Pregel as main partner of Gelato World Tour, organized by Carpigiani Gelato University and Sigep - Rimini Fiera. Coffee and Gelato together to bring the excellence of Italian tradition to the world • Presentation of the first Gelato Pastry University in the world to be held on September 4

Tokyo, 23 June 2015 - The “Far East” leg of Gelato World Tour 2.0, set to conquer Tokyo on 4-6 September 2015, has found its first finalist. At Gelato Haku, a show dedicated to gelato held in Tokyo on May 28, “Montebello” by gelato artisan Shibano Taizo of Malga Gelato was awarded the best flavor prize. With this victory, “Montebello” becomes the very first of the 16 flavors vying for the title of “World’s Best Gelato – Far East.”

It is now official that Rancilio Group will step in as one of Gelato World Tour’s main partners. Rancilio Group is an Italian company with a long, distinguished tradition of producing professional coffee machines featuring well-advanced technology and design since 1927. Italy is famous throughout the world for its artisanal and industrial production of undisputed creativity and style. This new synergy between gelato and coffee, style icons and timeless Italian specialties, will take the tastiest culinary traditions of the “Bel Paese” on a journey to the Land of the Rising Sun.

“For the Rancilio Group, taking part in the Gelato World Tour is a great opportunity to promote Italian espresso culture in a strategic market such as Japan, introducing coffee drinking as a rite, a ritual, a pleasure, a time to switch off, an opportunity to socialize.
Espresso – in its appearance, taste, aroma and above all preparation – therefore deserves to be fully understood and appreciated by all who drink it. Baristas, restaurateurs, roasters, and enthusiasts will have the opportunity to taste single-origin and blended gourmet coffees. Our staff will be on hand to assist visitors to Gelato World Tour in their search for the espresso extraction temperature curve best suited to different tastes and requirements, to bring out the full character of each and every bean. In 25-30 seconds, anything can happen,” notes Rancilio Group.

The second leg of Gelato World Tour will also boast a major world premiere. On Friday, September 4, the village set up at Komazawa Park will host the presentation of the first Gelato Pastry University in the world, a unique training program developed as an offshoot of Carpigiani Gelato University. Its mission: to develop new ways to fuse traditional Italian gelato and high-level pastry.

Gelato World Tour is directed by the prestigious Carpigiani Gelato University and Sigep, the most important exhibition in the world for the artisan production of gelato, pastry, confectionery and bakery products held in Rimini Italy. Principal partners are: IFI, international leader in the manufacturing of display cases for gelaterias; PreGel, the world’s largest producer of ingredients for gelato, pastry and coffee shops; and of course the newest addition, Rancilio Group, leader in the production of professional coffee machines. Gelato World Tour is the first international traveling competition in search of the best flavors in the world, whose mission is to spread worldwide the culture of Italian-style gelato, a fresh, artisanal food product.