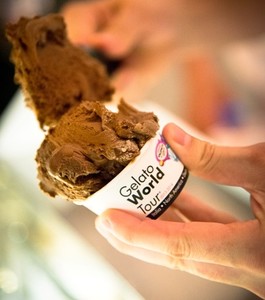 • On July 25, 2017, at the Carpigiani Gelato University in Bologna a sweet showdown between competing gelato artisans will take place deciding who will continue to the World Finals (September 8-10, Rimini).
• In competition, 20 flavors created by gelato artisans from eight European countries (Belgium, the Netherlands, Croatia, Czech Republic, Slovenia, Hungary, Greece and Poland)
• Awards ceremony on July 25 at 2:30 pm at the Gelato Museum Carpigiani

Anzola dell’Emilia, 19 July 2017 – Gelato World Tour, the "Formula One of Gelato", is reaching the end of its second edition after the successful stages around the world that involved more than 2,000 gelato artisans since 2015. In preparation for the World Finals - to be held in Rimini, Italy, September 8-10 on the wonderful seafront beloved by Federico Fellini -, the upcoming stage will be the European Finals in Bologna at the Carpigiani Gelato University main campus on 25 July 2017. The award ceremony, open to the press, will take place at 2:30 pm at the Gelato Museum Carpigiani (Via Emilia, 45 – Anzola dell’Emilia, BO).

Here are the 20 finalists whose flavors will be evaluated by the technical jury. Among these, 2 gelato artisans will proceed to the World Finals.

The jury will include gelato experts, journalists and authorities from all Europe.

Gelato World Tour is supported by the Italian Ministry of Foreign Affairs and Economic Development and by the Emilia Romagna Region. It is the first traveling international competition focused on identifying the best flavors in the world. It has already made stops in 11 cities in the world: Rome, Valencia, Melbourne, Dubai, Austin, Berlin, Rimini, Singapore, Tokyo, Chicago, and Shenzhen. It is organized by the prestigious Carpigiani Gelato University, the most famous school for the successful gelato chefs and Sigep - Italian Exhibition Group, for 38 years the most important fair in the gelato and traditional pastry trade.  Main partners of the European Challenge are IFI, global leader in the production of gelato display cases, and Silikomart, an Italian company specialized in the production of silicone molds and tools for pastry, baking and gelato making at international level.

- 8,000 articles in the Italian and international press.