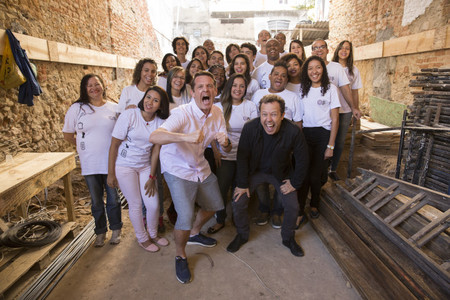 Carpigiani will be part of Refettorio Gastromotiva, which will come to life in the neighborhood of Lapa in Rio at the upcoming Olympics. The project is an initiative of chefs Massimo Bottura and David Hertz and will be co-directed by journalist Ale Forbes to help fight food waste. A canteen led by starred chefs will cook with food surpluses of the Olympic Games 2016 and, once the Games are finished, will restock with food from supermarkets and other stores.

Refettorio Gastromotiva’s kitchen will be equipped with a Carpigiani batch freezer and Federico Samora, Carpigiani Gelato University instructor, will conduct a training course for volunteers and attend the opening ceremony in order to show, alongside the best chefs in the world, that a high-quality gelato can be made even with food surpluses that would otherwise be discarded. As pointed out by Samora: “A good gelato artisan must be able to transform any type of food in good-quality gelato”.