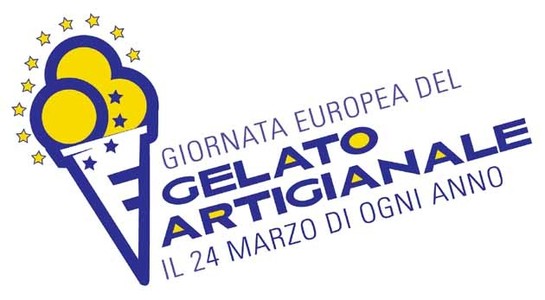 Flavor of the year: "Stracciatella d'Europa", in Italy and Poland a cup will cost 1 €. Celebrations will "start online": all the events will be listed on the website www.artglace.com, on Facebook and on Twitter and the participant gelato shops will have free visibility on "Appgelato" and "MyGelato app"!

At Sigep, a copious audience took part at the official presentation of the 2^ European Artisan Gelato Day.

The flavor of 2014 will be: “STRACCIATELLA D’EUROPA”, milk based gelato with chocolate and orange juice. In Italy and Poland, in the gelato shops participating to the event, a gelato cup of this flavor could be tasted at 1€!

“Stracciatella” has been chosen in memory of the gelato artisan Enrico Panattoni (that died last October 2013), who owns the paternity of this flavor. It is said that in a night of 1953, blending the freshness and the delicacy of the cream with the strong taste of the dark chocolate, he created one of the most still loved and appreciated flavours.

The price of each sampling will be of 1€ in Italy and Poland indeed: in the next days there will be known the decisions of the other countries participating the Day.

Furthermore, all the events of the 2nd European Artisan Gelato Day will be timetabled: every country will communicate its own programs, that will be inserted and published in the Artglace website (www.artglace.com), “News” area. They will receive the highest possible visibility thanks to the press notes and the communications on the social networks (European Gelato Day /Facebook and GelatoDay Europe/Twitter).

Some preview: the Veneto region will realize special events in all its territory, in particular on the ski slopes and in Valdobbiadene, and the Bruto and Poerio Carpigiani Foundation will organize at the Gelato Museum in Anzola dell’Emilia (Bologna) sweet and educational laboratories, free for children.

During Sigep the disks with all the typographic material to be reproduced (decals, posters, flyers in the different languages…) was given to each gelato artisans Association of the nations participating in Artglace.

At the stall G.A (South Hall) at Sigep, hundreds of gelato shops have booked the kit for the 2nd European Artisan Gelato Day, that includes cups (mis. 16/b) and spoons (made with 100% biodegradable and compostable materials), posters and flyers like done for the 1st edition in 2013.


For any other information please call: Artglace, +39 331 9043490, or email at info@artglace.com and info@fondazionecarpigiani.it (media and international enquiries)