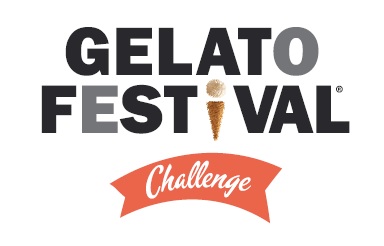 On February 20, the traveling gelato competition organized by Gelato Festival, Carpigiani Gelato University and Sigep - Italian Exhibition Group will stop in Zandhoven in the quest to determine the finalists that will attend the Gelato Festival World Masters in 2021.

Pictures will be uploaded here:
Drop Box Link
Zandhoven, Feb 14th 2018 – BELGIUM is in the spotlight as the next stop of the Gelato Festival Challenge, the international traveling competition in search of the best flavors in the world. On February 20, the event will be held at Carpigiani Benelux in Zandhoven where several gelato artisans will compete. The Gelato Festival Challenge is organized in collaboration with Carpigiani Gelato University, the world’s most renowned school for successful gelato entrepreneurs, and Sigep – Italian Exhibition Group, the world’s premier artisan-gelato trade show. The tour has the mission to spread the culture of gelato throughout the world.
On the competition day, the chefs will prepare their gelato in the kitchen provided by the organizers; then, industry experts, local chefs, food journalists will taste and judge the gelato. The top flavor will go on to compete in the European Finals of Gelato Festival World Masters in Italy in 2020.
“Artisan Gelato is every day more appreciated throughout Belgium and many people are keen to better understand who the Gelato Chefs are that produce this delicious product,” comments Achille Sassoli, Carpigiani Market Development Manager. “We are excited to discover the flavors that the Gelato Chefs of Belgium will propose to the Selection Jury of Gelato Festival Challenge, and we are sure that the winning flavor will be a strong contestant at the Grand Finale where Gelato Chefs from all over the world will compete for the “World’s Best Gelato” title”!
WEB: challenge.carpigiani.com
Facebook: Gelato World Masters
Twitter: Gelato World Masters
Instagram: Gelato World Masters
other News