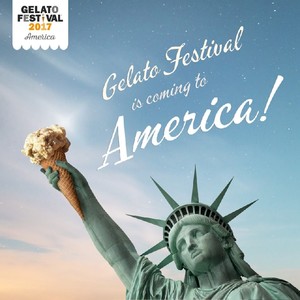 BOULDER, Colorado (September 21, 2017) – The Gelato Festival has just completed its 8th edition in Europe, and is coming to America for the first time ever! On Friday, September 29th through Sunday October 1st, the festival will be celebrating and sharing all things gelato. Gelato Festival America is spreading the awareness of real, Italian artisanal gelato, and Boulder is the first of four cities where the festival will be held.

The festival will be held at the Twenty Ninth Street Outdoor Mall in Boulder. Gelato artisans and chefs will be competing for the best gelato flavor with original flavors created just for the event. Everyone in attendance will be able to taste all the gelato and cast their vote for their favorite flavor. Sponsors of the event will also have unique flavors for everyone to try.

Competitors are coming from across the country, as well as Canada and even Italy!

Here are just some of the flavors that will make an appearance:

Each day of the festival will be open to the public and will include plenty of activities and contests for all ages. There will also be educational opportunities at the Gelato Classroom and a Kid Judge event at 11am on Friday. For the full schedule of events, visit www.gelatofestivalamerica.com/stages/boulder.

Since 2010, Gelato Festival has had eight editions with more than 2,000 artisans competing in 60 Festivals all over Europe and has traveled over 32,000 km. Currently, the Gelato Festival is on tour, stopping in eight European cities.

Thanks to the partners and sponsors of Gelato Festival America: