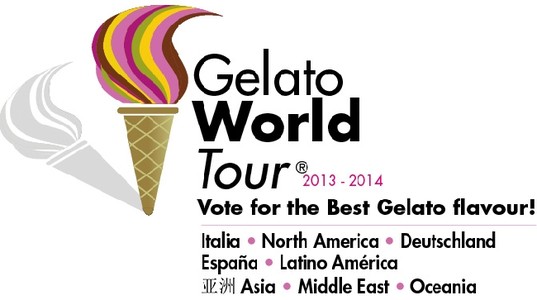 CONFIRMED OFFICIAL PARTNERS IFI AND MEC3, WHO WILL HELP BRING THE CULTURE OF ARTISAN GELATO TO EIGHT CITIES WORLDWIDE

Surge of enrollments for the first leg of the Gelato World Tour, the Gelato Olympics organized by Carpigiani Gelato University and SIGEP – Rimini Fiera, which will be held in Rome on 3-5 Maggio 2013, near the evocative Pincian Hill stairway.

Numerous applications were received by the Gelato World Tour committee in the first 72 hours of registration, which opened on Thursday, March 7, 2013.

Sixteen gelato artisans will be selected by experts and trade associations. The 16 artisans will compete in Rome, each making one flavor, the best they have to offer. The final standings will be based on the total votes of the public and the professional jury. The top four will have the chance to represent Italy in the Grand Finale of the world’s most delicious Olympics, in September 2014 at Rimini where the top contenders from five continents chosen by the public and experts will battle for the title of World’s Best Gelato Artisan.

“We wanted Italy’s capital, Rome, to be the first of the eight gelato world capitals,” says Andrea Cocchi, General Manager of the Carpigiani Group. “Gelato is delicious, genuine, nutritious, and produced in hundreds of different flavors. The competition will travel to the cities of Chicago, Valencia, Dubai, Buenos Aires, Shanghai, and Sydney. In each city, thousands of people will gather in the city squares to appreciate the artisan realities of local products.”

“The winning artisans from each leg will have created flavors that combine tradition and innovation, bringing out the flavors of the best ingredients,” explains Patrizia Cecchi, director of Rimini Fiera’s Business Unit. “It is a great opportunity to make oneself known and to present one’s recipes to the public and the media. The gelato will be made daily using high-quality, selected ingredients, visible to all those present.

“Within the Gelato World Tour Village the public will be able to participate in mini lessons on the art of gelato making held by instructors from Carpigiani Gelato University. They can also watch as the gelato itself is produced right in front of them, and then taste the results with the purchase of a Gelato Pass (€5). Other events include meetings about gelato trends and gastronomy workshops,” continues Achille Sassoli, Carpigiani Events Manager. “The Gelato Museum will offer the chance to discover the history of gelato, from 12,000 BC to today.”

“Partners and sponsors, Italian companies involved with artisan gelato, will enrich the event with their products and culture,” says Gabrielle De Girolamo, SIGEP Project Manager. “In fact, we are proud to announce that two leading companies from the gelato trade, Ifi and Mec3, have enthusiastically signed on to the project as official partners.”


Ifi has been setting the pace of change in food & beverage fixtures and fittings since 1962. At this year’s edition, IFI will bring artisan gelato specialists the biggest ever range of technology available on the market, with groundbreaking innovations such as ventilated tubs, the HCS airtight sealing system for linear display cabinets, and the world’s first ever rotating circular display cabinet, which won a Special Mention in the 2st Compasso d’Oro Award, designated an ambassador of Italian industrial design in the world with the Farnesina Design Collection.

The Genuine Company is the Nr.1 Company Worldwide in the production of ingredients for artisan gelato and pastry. Established in 1984 by Giordano Emendatori, thanks to a winning business strategy based on quality and maximum customer satisfaction, they are recognized as the most dynamic and innovative realities of the sector, today protagonist in over 130 countries. Transparency, Quality, Quantity, Ethics and smiling are the five fundamental values which inspire all those that work in MEC3 whose mission is to spread the passion for artisan gelato throughout the world, through high quality products that are created in our Research and Development laboratories. Quella®, Cookies® and Hello Kitty are just some of the famous flavours created  in the production department  of  our factory in San Clemente, Rimini, where a vast assortment of base, neutrals, pastes and variegates are born to produce authentic Italian gelato; just like the special ingredients for cakes, semifreddi and desserts intended for pastry making.

The gelato artisans who want to participate in the event can apply via web at the following link: http://www.gelatoworldtour.com/pagine/Info_per_i_gelatieri.asp.

On this page applicants will find all necessary forms to fill out and submit to the Gelato World Tour’s administration office (fax +39.051.6505.305, email info@gelatoworldtour.com). Deadline: 31 March 2013. It is possible to follow the progress of the Gelato World Tour by visiting the website www.gelatoworldtour.com, as well as on Facebook and Twitter, followed already by hundreds of fans. For more information and pictures:
Valentina Righi
+39 342 618 33 72
valentinarighi@carpigiani.it