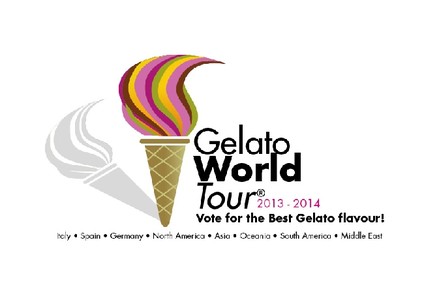 With its presentation at the Rimini Fair, the Gelato World Tour 2013-2014 has officially started. This Olympics of artisan gelato, organized by Carpigiani Gelato University together with SIGEP, has a mission of introducing gelato culture to people worldwide so they can better know this fresh, quality food that well represents the excellence and creativity of thousands of artisans.

“For many years the International Exhibition for the Artisan Production of Gelato, Pastry, Confectionery and Bakery held by the Rimini Fair has been working on internationalization projects,” explains Patrizia Cecchi, Business Unit Director at the Rimini Fair. “When Carpigiani proposed this initiative to us we immediately embraced it, judging it to be a great opportunity for the industry as a whole.”

“And not just us,” adds Gabriella De Girolamo, SIGEP Project Manager. “It’s of interest to other businesses as well. In fact, two industry leaders – IFI and MEC3 – have also added their enthusiastic support to the project as sponsors.”


“Eight cities in the five continents will become gelato capitals,” says Andrea Coochi, CEO of Carpigiani Group. “The cities will provide space and resources, they will welcome thousands of people to their public squares, and they will contribute to the promotion of local artisans and local products. At each leg of the tour, 16 gelato artisans will be selected to create flavors that combine tradition and innovation, bringing out the flavor of the best ingredients. It will be an incredible opportunity to make oneself known and to present personal recipes to the public and to the media.”


“Entering the village of the Gelato World Tour,” continues Achille Sassoli, Carpigiani Event Manager, “the public will participate in courses held by instructors from Carpigiani Gelato University and will watch as gelato is produced right in front of their eyes. Visitors can taste the gelato by purchasing the necessary coupons. An area dedicated to the Gelato Museum will offer the chance to learn more about gelato’s history, from 12,000 BC to today. The sponsors, companies tied to the artisan gelato business or with a strong Italian background, will further enrich the celebration with their products and culture.”


During each stage of the Gelato World Tour a special committee made up of experts and business associations will select the top 16 gelato artisans of the host nation. These contestants will each produce one flavor to compete with the others. The final standings of each leg will be based on votes made by the public and the professional jury. In this way, experts and visitors together will judge the recipes, declaring a victor for each stage along with some honorable mentions. The top three from each national competition will earn the opportunity to compete at the Grand Finale in Rimini (September 2014) for the title of “World’s Best Gelatiere.”


The first leg will be in Rome. “We are working very closely with the capital city’s mayor,” says the president of the SIGA gelato artisan association Alberto Pica. “We think we’ll be able to have a press conference to announce the event at city hall. The Rome stage will probably be held around 3-5 May 2013, maybe at the Circus Maximus.”


Rome will be followed by other legs in the USA (Chicago), Valencia, Berlin, South America, Australia, Arab Emirates, and China.