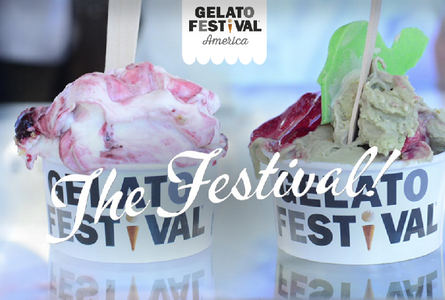 The 2018 edition of Tuscany's Gelato Festival returns to America, bringing Italy's rich heritage of artisan gelato to eight US cities from August through October

After the great success of last year’s first edition, Gelato Festival America kicks off its second American tour on August 11 in Jersey City, with twice as many locations. The Gelato Festival will spread awareness of real Italian artisanal gelato through a contest in which gelato artisans and chefs will compete with original gelato flavors they have created for the event. Tropical Blast, Spicy Green Paradise, Sicily Orange Sunrise and Fresh Love were just a few of the flavors invented last year.
The Gelato Festival, organized in collaboration with strategic partners Carpigiani (world leader in the production of gelato machines) and Sigep - Italian Exhibition Group (international leading exhibition of gelato, artisan confectionery, coffee and bakery for the foodservice channel), is a major effort that has spanned years of competition and education within the food and gelato industry. This year the Festival will tour eight cities in the US, with the winning gelato chefs from each city eventually competing in a grand finale and ultimately in the World Master Finals in 2021. Gelato or ice cream artisans and chefs who wish to compete in Gelato Festival America can submit their application directly online by visiting the website at  http://www.gelatofestivalamerica.com/BE_FAMOUS, or write to team@gelatofestivalamerica.com for the chance to be selected.
Last year, 50 gelato makers competed with unique gelato flavors to produce over 13,500 pounds of gelato to the delight of over 40,000 visitors and 150 gelato professionals who were present at the Festival in 2017. With the growth of Gelato Festival America, over 100,000 people are expected to attend the 2018 edition.
This year, the Festival will tour eight cities in the US including:
August 11-12 — Jersey City, NJ*
Liberty State Park
200 Morris Pesin Dr, Jersey City, NJ 07305
August 18-19 — Boulder, CO
Twenty Ninth Street
1710 29th St, Boulder, CO 80301
August 25-26 — Chicago, IL*
Chicago Premium Outlets
1650 Premium Outlet Blvd, Aurora, IL 60502
September 8-9 — Washington DC*
City Market at O
800 P St NW, Washington, DC 20001
Gelato Festival America in Washington DC is in association with
Toscana Promozione Turistica Agency
September 22-23 — Los Angeles*
(TBD)
September 29-30 — Dallas, TX*
Dallas Farmers Market
920 S Harwood St, Dallas, TX 75201
October 20-21 — Scottsdale, AZ
Kierland Commons
15205 N Kierland Blvd Suite 150, Scottsdale, AZ 85254
October 27-28 — Tucson, AZ
La Encantada
2905 E Skyline Dr, Tucson, AZ 85718
* new locations 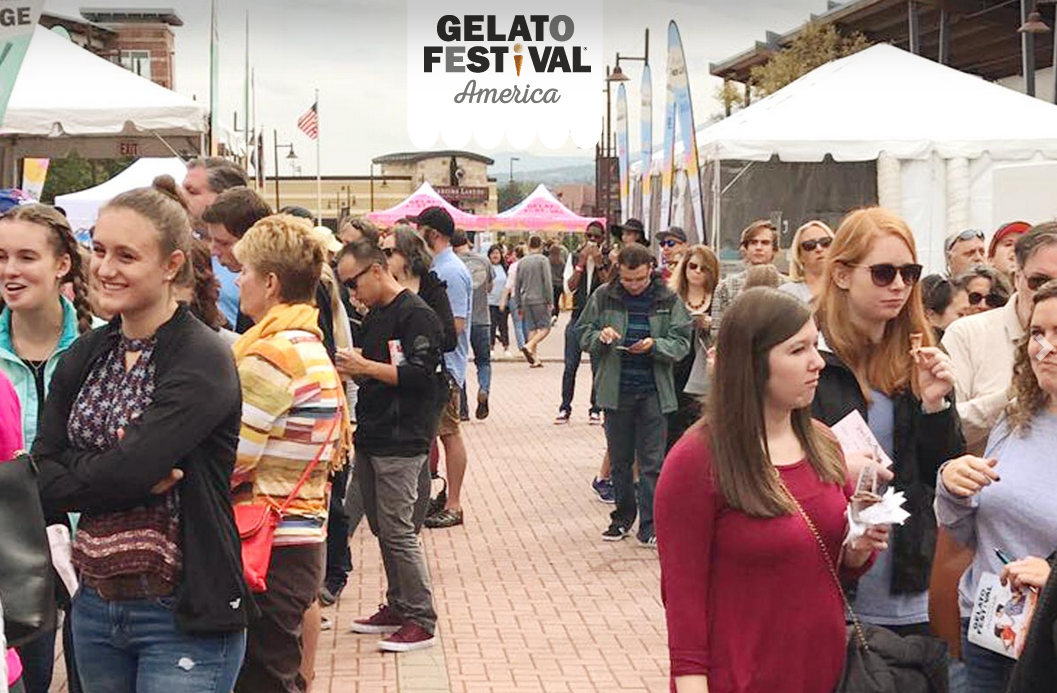 In the United States, the purpose of the Gelato Festival runs much deeper than just the taste bud-tingling flavor combinations found only in artisan Italian gelato and sorbet. Gelato Festival America is reflective of the boom of Italian style and culture in the United States in fashion, film, music, and food — Versace, Call Me By Your Name, Andrea Bocelli, and, of course, gelato. According to Daniele Palazzoni, General Manager of Gelato Festival America, “After the huge success all over Europe, and our first edition of the Gelato Festival in the USA in 2017, we realize that Americans really do love gelato — maybe even more than ice cream. It is our goal to make certain that every American gets to taste what real Italian gelato is like and to spread the culture of artisan Italian gelato throughout the world’s largest consumer market for frozen desserts, focusing on the higher quality of this product compared to all others. Together, with the best gelato industry players, we will help artisans and chefs build their own successes in the United States market. With more stops on our tour over the next years, we will be visiting a city near you, obviously with the best gelato ever.”
Artisans and chefs will go through a rigorous selection process to compete in each city with a unique flavor specifically conceived for Gelato Festival America. The winners will then compete in a grand finale that includes chefs from all over the world. Ultimately, the remaining 36 competitors will vie for the title of World Champion in the Gelato Festival World Masters in Italy in 2021.
ABOUT ITALIAN GELATO
When visiting amazing, culturally rich cities like Florence and Rome, there is one treat sold on almost every corner — authentic Italian gelato. Gelato’s heritage dates all the way back to 1559, in the Italian Renaissance, when the Medici family commissioned famous artist and architect Bernardo Buontalenti to prepare an opulent feast for the visiting king of Spain. For the special occasion, Buontalenti created a new frozen dessert, made from a few simple ingredients such as milk, eggs and honey. And thus the first gelato was created, and Buontalenti is now heralded as the inventor of this creamy Italian dessert. To discover more about the history of gelato visit the Gelato Museum (gelatomuseum.com) in Bologna.
Americans often wonder what the difference is between ice cream and gelato. The main difference is texture! The gelato’s lighter texture comes from using more milk than cream, which also means less fat and fewer calories. It is stored at warmer temperatures, increasing the richness of the flavors and ensuring a smooth texture. Of course, there are also artisanal ice cream makers who also work every day to create fresh products in a unique American tradition.
ABOUT THE GELATO FESTIVAL
Since 2010, the Gelato Festival has had nine editions with more than 2,200 artisans competing in 64 festivals across Europe, traveling almost 30,000 miles. The mission of Gelato Festival America is to spread the culture of artisan Italian gelato in the US. Originating in Florence, Italy, Gelato Festival is an all-star line up of the biggest names in gelato artistry competing against one another with a one-time flavor they have created just for the festival. The event gives visitors the opportunity to experience the secrets of high-quality gelato, learn about the production techniques by watching the artisans at work in the ‘laboratory,’ and taste all the competing flavors, voting for their favorite one.
Over the next three years, there will be 22 festivals and two American finals. In the end, the best three gelato chefs from the US will be selected to participate in the Gelato Festival World Masters Worldwide Finals in Italy in 2021.
The Gelato Festival is picking up where Renaissance artist Bernardo Buontalenti left off, spreading the culture of artisan Italian gelato throughout the world!
MEDIA CONTACTS
Sally Fischer PR — (212) 246-2977, sfpr@sallyfischerpr.com
Website: gelatofestivalamerica.com
Email team@gelatofestivalamerica.com to enter or for more information.
Follow Us:
Facebook: Gelato Festival America
Twitter: GelatoFestUS
Instagram: Gelato Festival America
other News