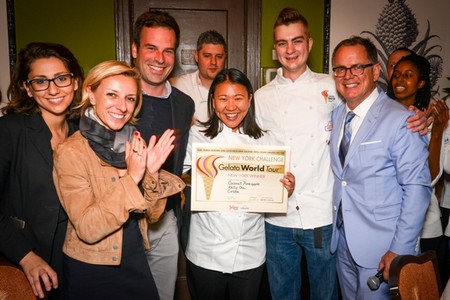 Fourteen gelato artisans from across the US and Canada gathered Thursday at New York's prestigious James Beard House to compete in the Gelato World Tour - New York Challenge. The winner, Coconut Pineapple by Kelly Chu, owner of Cirsea from Charleston, South Carolina, earned a spot in the Grand Finale in Rimini, Italy this September. 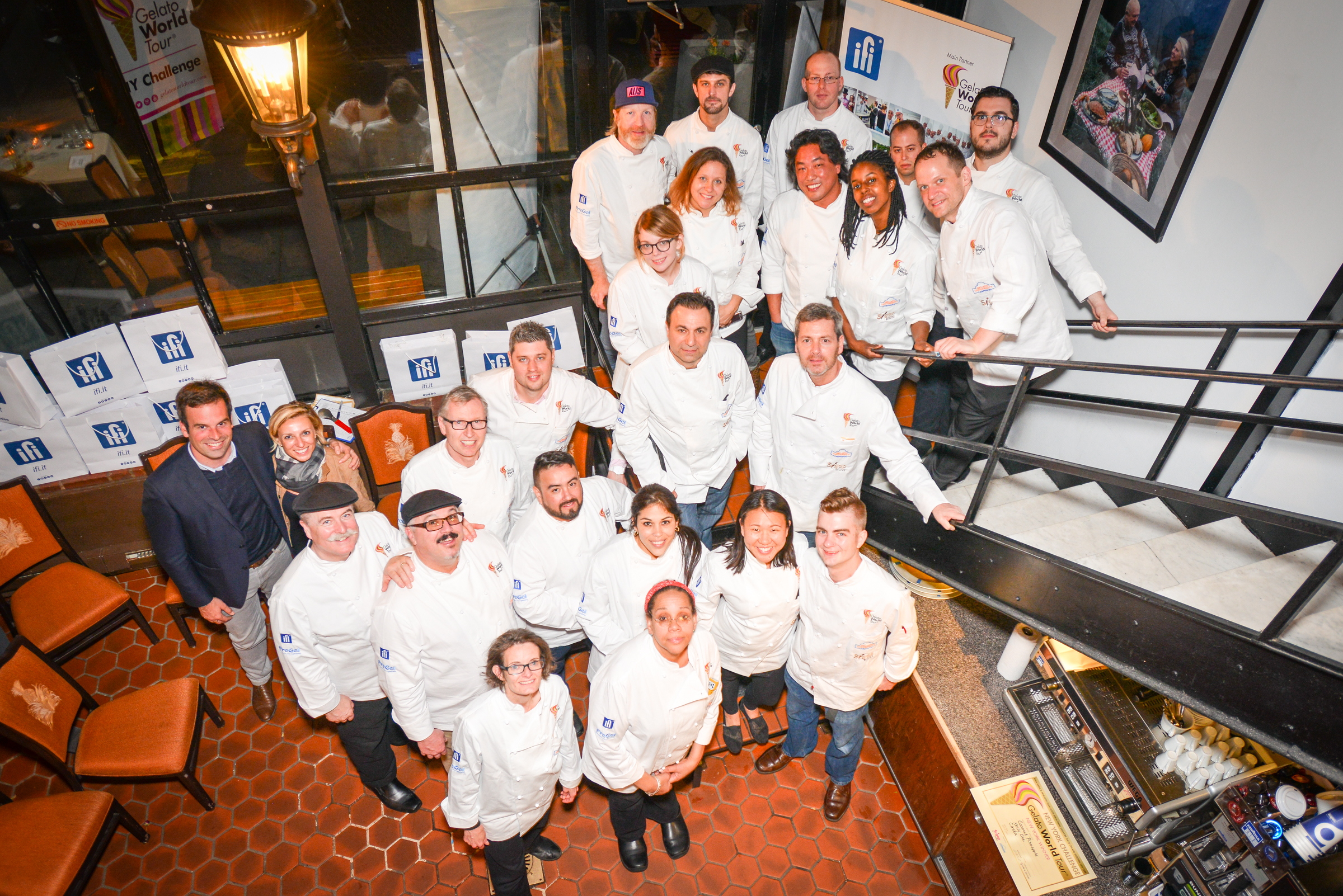 Judging the event were Katia Delogu, executive pastry chef at Eataly, Victoria Jordan, director of the James Beard House and Daniel Skurnik, executive pastry chef of Le Coucou.
The North American Stage of the Gelato World Tour includes stops in Chicago, Chicago Gourmet, New York City and Los Angeles raising awareness and helping North Americans discover the beauty and culture of true Italian artisan gelato. As a result of this tour, 7 artisans will represent North America in the Grand Finale in Rimini, September 2017.
The Gelato World Tour, with more than 1,600 competitors from 5 continents, is the most comprehensive gelato competition in the world. Major stops include Rome, Valencia, Melbourne, Dubai, Austin, Berlin, Rimini, Singapore, Tokyo, Chicago, Shenzhen and New York.  Challenge stops have been held in more than 50 other cities throughout Italy, Europe, the Middle East and South America. The prestigious Carpigiani Gelato University and Sigep – Rimini Fiera, the most important trade show for traditional gelato and pastry, have organized the event. Main Partners are IFI, leading manufacturer of gelato display cases, and PreGel, the world’s largest producer of ingredients for gelato and pastry. The event is supported internationally by the Italian Ministry of Foreign Affairs, the Italian Ministry of Economic Development, and the Emilia Romagna Region.
other News